I’ve put off writing this blog for a bit because I wanted to give it time to fully process without my emotions involved. I’m seeing, probably due to the economic times, a resurgence amongst Pagans for things to be free. It’s obviously a point of contention, especially for me.  The debate about whether one should charge doesn’t just reside in services.  This issue permeates every aspect of the community, and it’s one that I wanted to fully contemplate before I vented online publicly (again).  What finally moved me to write this blog post despite my emotions was etsy.

Etsy has been an interesting experience for me mostly in customer service. Most of the time I deal with some great people. There have been some bad apples, though. These people actually complain about the cost of my products or over demand for a service (I can’t be expected to clarify a session for a week).  I understand the desire to find a good deal or a bargain.  I have a section of my blog devoted to it.   I even sympathize with those who can’t afford to shop anywhere but places that exploit manufacturers and workers.  I have issue, however, with people who try to exploit independent sellers because they don’t want to pay full price.  Seriously, this should put some perspective into what goes into handmade goods.  It doesn’t help I see “bargain tips” that push the legal envelope or encourage guilt-tripping as a form of haggling.  What finally pushed me over the edge was a person trying to get some of my beeswax chime candles for practically free by insinuating my prices were too high and how I needed to “come down”.  As of this blog post I am the cheapest seller of beeswax chime candles at slightly over a dollar.

It irked me because it’s testament of how we perceive free socially and in the Pagan community.  I’ve read about a temple in Paganistan that couldn’t get funding without bloggers bringing it to the public’s attention.  I’ve seen discussions of how the Pagan diaspora should be free  (though some renounce it later once it becomes clear about how “free” all that work is).  I’ve born the brunt where even outsiders try to lecture us about how we charge for services despite the fact most of Pagans don’t affiliate with an organization (I won’t cover the issue of why they care for the moment).  All of this, to me, speaks volumes about how the cost and value of things in the Pagan community are deemed.  While there are some who have qualms about placing a price on such services, which thalassa covers quite well in her blog,  I’m less likely to see people who are against charging for those reasons than people who want free or near free stuff.  It’s not an issue of pricing possibly obscuring access to something.  It’s the growing undeserved sense of entitlement I see in the Pagan community and American culture.  I’ve seen more people demand things for free because they feel as an individual it should be available to them as a convenience.  The most they value the product or service is about how they got it and not from what is gained.

It reminds me of an event from when I was younger.  My parents were furniture shopping and took me along.  The store had a machine set up for free sodas, and I took advantage of it a few times in one sitting.  My father pulled me aside and lectured me.  He reminded me that the soda was complimentary.  The company didn’t have to provide it, especially given the cost of providing it, and that I shouldn’t take that for granted.  Just like providing free soda, it costs money and time to provide a service or product.  There are the hours of work invested in providing a worthwhile product, the personal finances spent in gathering supplies and space, the energy put into answering the same questions without snapping, the energy it takes to muster up the last shred of patience needed to handle numerous personalities, and more.  Some people don’t find the need the for upkeep of their well being worth the trouble without some compensation.  The people who find the work worth it without compensation also place their own boundaries.  They know they’re not a thing at someone’s disposal.  They’re a living being.

People seem to have forgotten the most vital part of anything offered, be it for profit or not: there’s a person behind the offering.  There’s a person who put time, money, and energy into it.  It’s why offerings to the gods are important.  It’s a gesture that not only offers sustenance, it offers up the fruits of one’s work.  It is work not only of the god given to the people, but the efforts of that work the people added to it.  Just as an offering is the work and the result of work, so is  the work offered by someone to people. It is the work not just of one person, but especially in Kemetic communities the work of many.  It’s the work of compiling everyone’s research, everyone’s offerings, everyone’s time and effort, into one offering.  It’s not just an offering for one person, either.  It’s an offering to everyone in the community and an offering to newcomers.  If that work is trivialized it demeans everyone.  If someone offers up their work it should be honored equal to the work placed into it.  That is the real cost of free.

Free is not just free of charge.  Free is not free of costs.  It’s not some infinite resource to be tapped.  Concerning communities anything offered is an investment in another person.  When it comes to the Pagan community someone put enough faith into their work to offer it to another person so that person may grow with that offering.  If they both grow within a community it’s an investment returned.  It’s not some cheap bauble but rather a priceless heirloom.  I’m not sure how to restore that sense of value and fragility comes with heirlooms in all its forms on a social scale.  All I can advise is for the individual to remember this is an offering to them and to treat it as such.  As for people who want things for free at all costs and regardless of costs to make it, I’ll offer a passage from the Teachings of  Ptahhotep:

[…] do not boast of what has accrued to you in the past, do not trust in your riches, which have accrued to you by the gift of god; you will not be subordinate to anyone else to whom the like has happened.

Don’t be so proud of your bounty.  Be mindful from whom it came because it won’t last.

3 thoughts on “The Real Cost of Free” 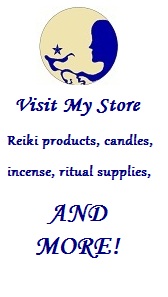